We use cookies to make your experience better. To comply with the new e-Privacy directive, we need to ask for your consent to set the cookies. Learn more

HAVE A QUESTION? Price match request? Just call us in the shop...

A Retrospective about Automotive Cooling System: It's always great to know the principles.

Let's understand how the automotive engine is cooled with help of water.

When your car is running. The motor fuel is burning at (up to 2,000 °C), which harms the functioning of the engine. So a result, it is necessary for the engine temperature is to be brought to working temperature. The very know first type of water cooling system was called Thermosyphon cooling.

In this system, from the hottish water formed, the lighter water travels through a manifold into the upper area of the radiator in the motor engine and is cooled down by the airflow. After that, it drops and returns to the motor engine. While the engine is running, the water circulates. The fan inside helps with the cooling, but there was no way to manage the inside temperature. Later a water pump was installed so that the water circulation could be speeded up.

There were a few shortcomings of this system which were found out by experts.

The objective of these devices is speedy engine heating and avoidance of cooling down of the engine. As in these years, cooling water regulators were adopted in the enhancement of the engines. The coolant temperature controls the amount of liquid that circulates through the radiator.

Here we have talked about a thermostat-controlled cooling system that has a few features like it gives quick warm-up time and providing consistent operating temperature. Both of these are important features for a motor.

In the modernistic time, the engine cooling system has evolved a lot. Today we’ll discuss it as well.

The Thermostats made a significant difference in the mechanism of auto cooling by allowing short-circuit coolant circulation. When the appropriate instrument operation temperatures are not obtained, the water escapes the radiator and flows directly into the motor. When the device reaches the desired working temperature, it opens connects to the radiator. To this day, the management method serves as the foundation for all techniques. The operational temperature of an engine is critical not just for effectiveness and fuel economy, but also lowest pollutant emissions.

The fact that pressured water does not boil at 100°C, but only between 115°C and 130°C, is used to cool engines. Pressures in the cooling circuit range from 1.0 to 1.5 bar. This is referred to as a closed cooling system. An expansion tank is present in the system, although it is only around half full. The cooling medium is a blend of water and a coolant ingredient, rather than just water. We're now dealing with a coolant that provides anti-freeze protection, has a higher boiling point, and prevents corrosion of motor parts and the cooling system.

Installing the components and disposing of the massive quantities of heat poses a significant problem due to the more constrained engine compartment. The cooling of the motor compartment exerts heavy demands on current cooling systems, and as a result, cooling technology has advanced significantly recently.

A cooling system in a car performs three vital purposes.

As a motorist, we do have certain expectations from the cooling system we use. Like longer service life of components, efficient fuel consumption, and warm-up time should be shorter along with brisk heating of passenger cabin.

To your knowledge, the fundamental constituents that are used in all motor engine cooling systems are the Expansion tank, tubes, coolant radiator, Thermostat, coolant pump (mechanical or electric), Temperature sensor (engine control/indicator), and Engine fan.

How does it work?

The coolant absorbs the heat created during fuel combustion and transfers it to the engine components. Heat is transferred to the outside air through circulation, which cools the coolant. The cooling process is aided by one or more fans (mechanical or electrically driven) positioned in front of or behind the radiator. This happens most often at moderate speeds or while the car is stopped. A thermostat regulates the coolant input to keep the temperature of the coolant and/or engine generally constant.

We at BCP automotive, understand how important the cooling system is, so for this, we have the perfect replacement part of the cooling system for brands like Ford, Fiat, Toyota, Vauxhall, Renault, BMW, VW Polo, Citroen, Mercedes, Skoda, Nissan. Log on today and find the correct part as per your brand and model.

Before 1PM*
*on all stocked items 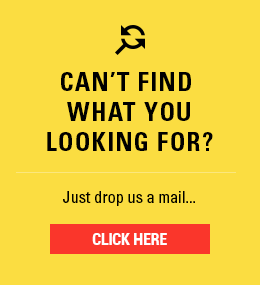